A Very Special Tribute To My Mom 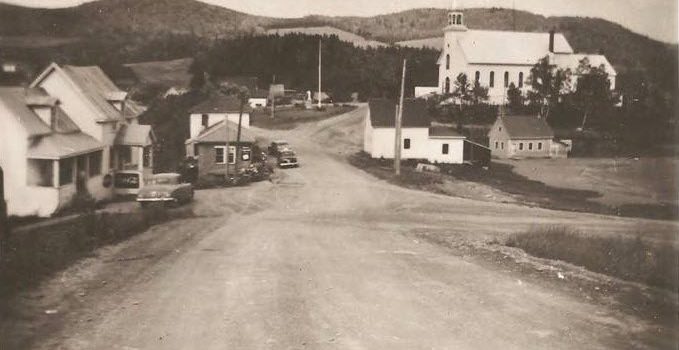 This past weekend on July 3rd marks the second anniversary of the passing of my mom, Rita (Tardif) Garboski, 87 of Middletown, Connecticut, the wife of my dad, the late George Garboski. She had passed on Wednesday, June 3, 2015 at Middlesex Health Care Center, in Middletown, CT, My home town. I created a special tribute video which I hope you enjoy featuring musical artist Marty Q . 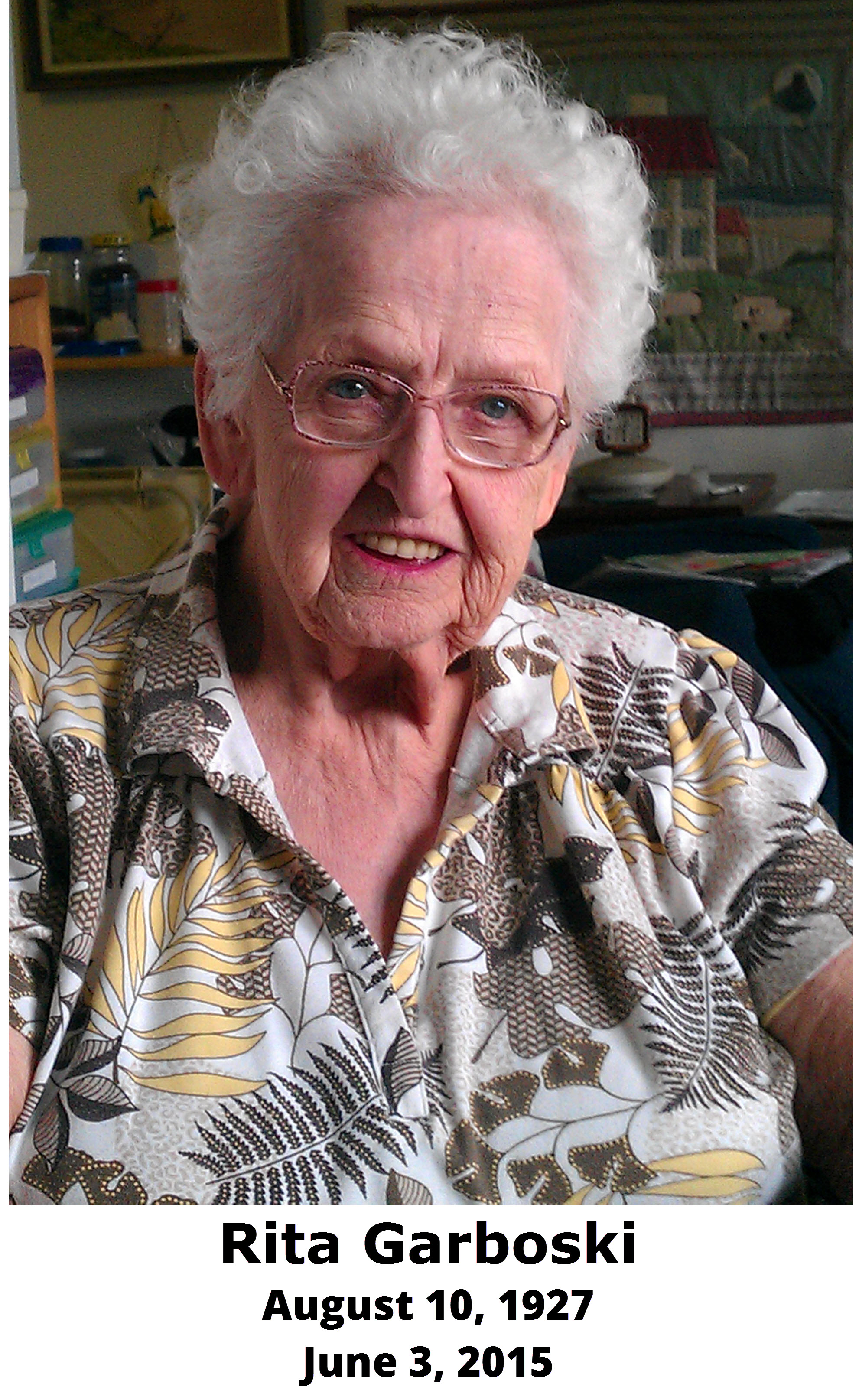 She was born in Lac-Baker, New Brunswick, Canada, daughter of the late Joseph and Eva Marie (Daigle) Tardif. I have very fond memories of Lac-Baker as a kid.  As a family we would go there to visit my Grandfather and Grandmother, who lived on the edge of the lake.

The Village de Lac Baker has some real interesting history going back to the late 1800’s.  Most of the families who came to Baker Lake before 1873 were nearly all of French Canadian origin. Some family names were: Soucy, Pelletier, Caron, Nadeau, Garrity (the only Irish), Boutot, Caouette and Tardif.

My mom, Rita Tardif was born August 10 1927. There are a few great websites that have the history behind the village which even mentions my grandfather, Joseph Tardif, who was born in Lac Baker on 07/15/1878.  Check out Lac De Baker Website .

On the photo on the left, the white house was where my grandparents lived for many years.  I remember that house as a kid and our grandfather taking us fishing in the lake.  Visiting that village is definitely on my bucket list.

Make sure you visit this site and check out some of the blog posts I will create with more updates. I wanted to get the tribute video posted on the site on her anniversary but will continue to post more content about the celebration of my mom’s life.

Is Living Small In A Tiny Home The Way To Go? 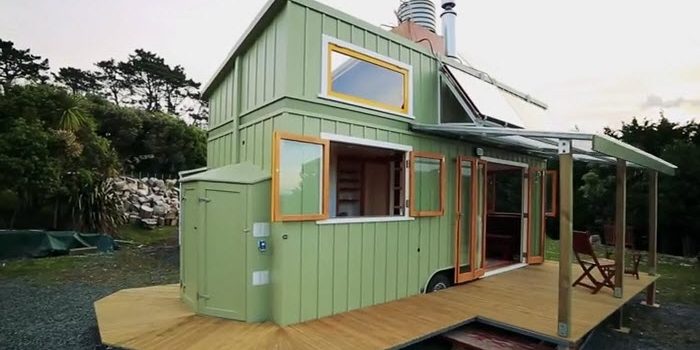 The Cadillac of Tiny Homes complete with Solar Power and Transportable
The more I see these tiny homes, the more I like them.  I’m from the Metro New York City area and over the years I’ve become accustomed to what I call “Shoe Box Living”, a term which New Yorkers can identify with.  With more individuals and families downsizing and living the “Minimalist Lifestyle”  (Check out the TheMinimalists.com and on Netflix), many are starting to re think being burdened with a 15 or 30m year mortgage and turning to living a mobile lifestyle off the grid in a Tiny Home.

Whats cool about these Tiny Homes is that they are portable and if you don’t like where you are located, you can simply hook it up to a truck and find a new place to live. How’s that for not being tied down!  What a way to retire! The incredible home above is The Cadillac of Tiny Homes constructed by boat builder and cabinet maker Jeff Hobbs who has taken Tiny House construction to the next level. It’s packed with clever design features, high quality materials and sustainable technologies.

Checkout Bryce from  Living Big in a Tiny House  who travels and documents the very best tiny homes, alternative dwellings and stories of downsized, eco-friendly living.  Check out his website and YouTube channel to learn more about this fascinating lifestyle.

Everybody Dies, But Not Everyone Lives

From time to time I run across his inspirational postings on social media and really enjoy them.  You need to check him out, he has inspired many including myself. His name is Richard Williams, better known by his stage name Prince EA and is an American rapper, spoken word artist, music video director and rights activist.

He is from St Louis, Missouri and has a real interesting life story. Visit his web site, support him, and listen to what he has to say, it might make you re think what life is really about.  On his website PrinceEA.com there’s a library of motivational videos you can check out.

I once heard a quote from another inspirational speaker, Les Brown who said  “The wealthiest place on the planet is the grave yard, because in the graveyard we will find inventions that we were never ever exposed to, ideas, dreams that never became a reality, hopes and aspirations that were never acted upon. Greatness is a lot of small things done well”

Start living, find your purpose, use your gift, pursue your dreams and check out PrinceEA.com Enjoy!

While everyone nationwide is enjoying their Thanksgiving weekend, New Yorker’s celebrate a special day that goes back to 1783, Evacuation Day.

It is celebrated on November 25th every year in lower Manhattan celebrating when the British left Manhattan island after what was the end of the of the American Revolutionary War. A little unknown fact is that there were many battles that were fought here in New York City and at one time New York City was under martial law and occupied by the British. 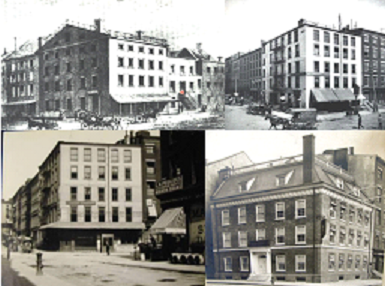 Fraunces Tavern, was once the first offices for the Departments of Foreign Affairs, War and Treasury from 1785 – 1788

One of the reasons I love New York City is that it is so rich in US History.  It was here in lower Manhattan that many battles were fought during the revolutionary war.  The battles here in New York were the first major battles of the American Revolutionary War to take place after the United States declared its independence on July 4, 1776

For close to 7 years until the the end of the war, the British navy controlled the harbor and lower Manhattan.  During this British occupation, no one trusted each other, basically everyone was a spy. When the British occupied New York City in 1776, Samuel Frauncis had already relocated to Elizabethtown, New Jersey. Fraunces was eventually captured in June of 1778 and brought back to New York City as a prisoner of war.

Captive Fraunces was forced to work as the family cook for General Robertson. He used his position in the kitchen to aid American prisoners, sneaking them table scraps, giving them clothing and money, and even assisting some with escaping.  Fraunces also passed on intelligence. Later, George Washington would write, identifying himself as a “warm friend” of Fraunces, that the man had invariably “maintained a constant Friendship and attention to the Cause of our Country and its Independence and Freedom.

At the time close to 25,000 people lived in Lower Manhattan.  Many New Yorkers abandoned Lower Manhattan while the city became a jail with  30,000 prisoners, many of them on prison ships in deplorable conditions. The prisoners kept on British ships in Brooklyn had it the worst. More than 11,500 of the inmates on the prison ships died of starvation or disease.

After British troops evacuated on Nov. 25th, 1776 the tavern hosted a week later, an elaborate “turtle feast” dinner on December 4, 1783, in the building’s Long Room for U.S. General George Washington where he bade farewell to his officers of the Continental Army by saying “With a heart full of love and gratitude, I now take leave of you. I most devoutly wish that your latter days may be as prosperous and happy as your former ones have been glorious and honorable.” As he later asked to take each one of his officers by the hand for a personal word 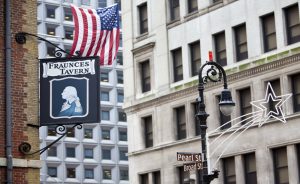 It could be argued that NYC helped the cause of liberty by providing Washington a valuable lesson. It was in Brooklyn, that “Washington learned never to fight the British directly again.” Eventually in 1783,  Evacuation Day occurred which was celebrated into the 1800s, a day which is still memorialized at Fraunces Tavern.

Fraunces Tavern played a prominent role in history before, during and after the American Revolution, serving as a headquarters for George Washington, a venue for peace negotiations with the British housing federal offices in the Early Republic.

It has been owned by the Sons of the Revolution in the State of New York Inc since 1904, which carried out a major conjectural reconstruction and claim it is Manhattan’s oldest surviving building. The tavern remains a tourist site and a part of the American Whiskey Trail and the New York Freedom Trail.